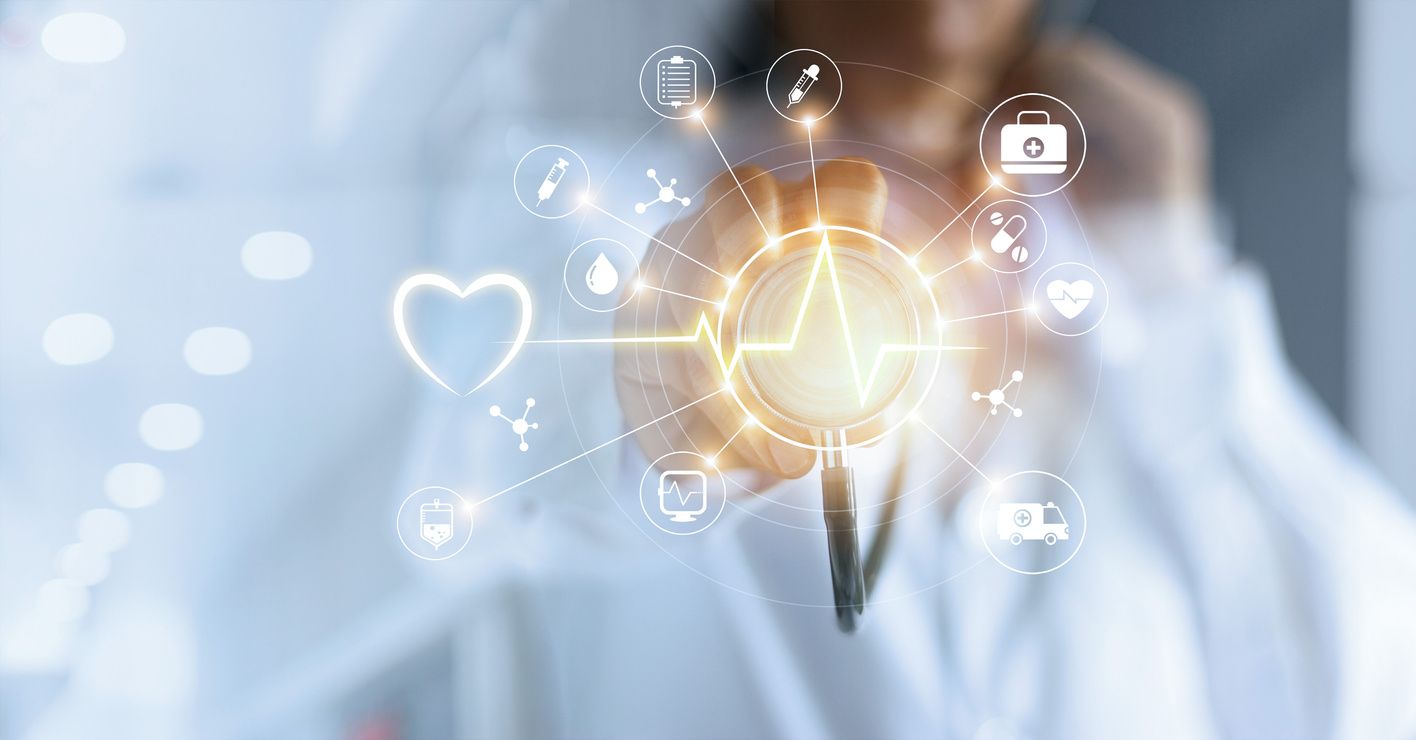 A new type of neuron–called a mirror neuron–could help explain how we learn through mimicry and why we empathize with others.

You’re walking through a park when out of nowhere, the man in front of you gets smacked by an errant Frisbee. Automatically, you recoil in sympathy. Or you’re watching a race, and you feel your own heart racing with excitement as the runners vie to cross the finish line first. Or you see a woman sniff some unfamiliar food and wrinkle her nose in disgust. Suddenly, your own stomach turns at the thought of the meal.

For years, such experiences have puzzled psychologists, neuroscientists and philosophers, who’ve wondered why we react at such a gut level to other people’s actions. How do we understand, so immediately and instinctively, their thoughts, feelings and intentions?

Now, some researchers believe that a recent discovery called mirror neurons might provide a neuroscience-based answer to those questions. Mirror neurons are a type of brain cell that respond equally when we perform an action and when we witness someone else perform the same action. They were first discovered in the early 1990s, when a team of Italian researchers found individual neurons in the brains of macaque monkeys that fired both when the monkeys grabbed an object and also when the monkeys watched another primate grab the same object.

Neuroscientist Giacomo Rizzolatti, MD, who with his colleagues at the University of Parma first identified mirror neurons, says that the neurons could help explain how and why we “read” other people’s minds and feel empathy for them. If watching an action and performing that action can activate the same parts of the brain in monkeys–down to a single neuron–then it makes sense that watching an action and performing an action could also elicit the same feelings in people.

The concept might be simple, but its implications are far-reaching. Over the past decade, more research has suggested that mirror neurons might help explain not only empathy, but also autism (see page 52) and even the evolution of language (see page 54).

In fact, psychologist V.S. Ramachandran, PhD, has called the discovery of mirror neurons one of the “single most important unpublicized stories of the decade.”

But that story is just at its beginning. Researchers haven’t yet been able to prove that humans have individual mirror neurons like monkeys, although they have shown that humans have a more general mirror system. And researchers are just beginning to branch out from the motor cortex to try to figure out where else in the brain these neurons might reside.

The discovery of mirror neurons owes as much to serendipity as to skill. In the 1980s, Rizzolatti and his colleagues had found that some neurons in an area of macaque monkeys’ premotor cortex called F5 fired when the monkeys did things like reach for or bite a peanut.

The researchers wanted to learn more about how these neurons responded to different objects and actions, so they used electrodes to record activity from individual F5 neurons while giving the monkeys different objects to handle.

They quickly noticed something surprising: When they picked up an object–say, a peanut–to hand it to the monkey, some of the monkey’s motor neurons would start to fire. Even more surprisingly, these were the same neurons that would also fire when the monkey itself grasped the peanut.

“We were lucky, because there was no way to know such neurons existed,” says Rizzollati. “But we were in the right area to find them.”

From monkeys to humans

Once the researchers identified mirror neurons in monkeys, the next step was to look for them in humans. But they couldn’t record activity from single neurons in humans the way that they could in monkeys, because doing so requires attaching electrodes directly to the brain.

Instead, the first human mirror neuron study examined hand-muscle twitching. In a 1995 paper in the Journal of Neurophysiology (Vol. 73, No. 6, pages 2,608-2,611), Rizzolatti and neuroscientist Luciano Fadiga, MD, PhD, now at the University of Ferrara, recorded motor-evoked potentials–a signal that a muscle is ready to move–from participants’ hand muscles as the participants watched the experimenter grasp objects. They found that these potentials matched the potentials recorded when the participants actually grasped objects themselves.

Since then, most studies on the human mirror-neuron system have used some sort of neuroimaging, generally functional magnetic-resonance imaging (fMRI). For example, University of California, Los Angeles, neuroscientist Marco Iacoboni, MD, PhD, used fMRI to image the brain activity of college-student participants as they watched experimenters make finger movements and as they made the same finger movements themselves. In the study, published in Science (Vol. 286, No. 5,449, pages 2,526-2,528), Iacoboni and his colleagues found activity in some of the same areas of the frontal cortex and the parietal lobule in both situations.

The difference between the imaging studies in humans and the electrophysiological studies in monkeys is one of scale, explains psychologist Christian Keysers, PhD, who studies the human mirror-neuron system at the University of Groningen in the Netherlands.

In other words, although researchers have found evidence of a mirror system in humans, they have yet to prove the existence of individual mirror neurons outside monkeys. That’s why, Keysers says, it’s important that researchers continue to study the mirror system in both monkeys and humans.

Moving beyond the motor cortex

All of the original mirror-neuron studies examined monkeys and humans as they performed actions and watched others perform actions. There’s a good reason for that, says Keysers–the motor areas of the brain are some of the most well understood and well mapped, so it’s easier to know where to look for particular neurons there.

But some of the most interesting questions that mirror neurons raise can’t be answered by the motor neurons alone–researchers want to understand how we perceive other people’s emotions and sensations, not only their actions.

Keysers and his colleagues are investigating just those issues. In one recent study, he and neuroscientist Bruno Wicker, PhD, used fMRI to look at the emotion of disgust. In research published in Neuron in 2003 (Vol. 40, No. 3, pages 655-664), they imaged the brains of 14 male participants as the participants inhaled noxious odors–such as butyric acid, which smells like rotten butter–and as they viewed a film of an actor wrinkling up his face into a disgusted look. The researchers found that both feeling disgusted and watching someone else look disgusted activated a particular segment of an olfactory area of the participants’ brains called the anterior insula.

In another recent study, also published in Neuron (Vol. 42, No. 2, pages 335-346), Keysers and his colleagues looked at “tactile empathy,” or how we experience the sight of others being touched. He found that the same area of the somatosensory cortex was active both when the 14 participants–this time both men and women–were lightly touched on the leg with a feather-duster-like contraption, and when they viewed pictures of someone else being touched in the same spot.

“The basic thing we’re trying to do in my lab is to get beyond the original motor description of neurons to a more general phenomenon–how we perceive the touch, emotions and pain of others,” Keysers says.

Other researchers are interested in whether mirror neurons respond not only to other people’s actions or emotions, but also to the intent behind those actions.

“You might pick up a teacup because you want to take a sip, or because you’re clearing the table,” says Marco Iacoboni. “The question is whether mirror neurons can tell the difference.”

In a recent study published in PLOS Biology (Vol. 3, No. 3, pages 529-535), he and his colleagues found some evidence that they can. The researchers used fMRI to examine 23 participants as they watched videos of a hand picking up a teacup. In one video, the teacup sat on a table amid a pot of tea and plate of cookies–a signal that a tea party was under way and the hand was grasping the cup to take a sip. In the other video, the table was messy and scattered with crumbs–a sign that the party was over and the hand was clearing the table. In a third video the cup was alone, removed from any context. The researchers found that mirror neurons in the premotor cortex and other brain areas reacted more strongly to the actions embedded in the tea-party context than to the contextless scene.

“This suggests that the neurons are important for understanding intentions as well as actions,” Iacoboni says.

Take all these lines of evidence together, and it seems clear that mirror neurons are one key to understanding how human beings survive and thrive in a complex social world, says neuroscientist Vittorio Gallese, MD, PhD, one of Rizzolatti’s colleagues at the University of Parma.

“This neural mechanism is involuntary and automatic,” he says–with it we don’t have to think about what other people are doing or feeling, we simply know.

“It seems we’re wired to see other people as similar to us, rather than different,” Gallese says. “At the root, as humans we identify the person we’re facing as someone like ourselves.”