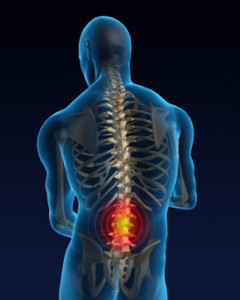 Researchers divided 1,162 adults with chronic, lower back pain into three groups. One of these groups was treated with the standard drug and exercise therapy commonly used in Western medicine. A second group was treated with traditional Chinese acupuncture, with 14 to 20 needles inserted at specific, traditionally prescribed locations (“medians”) at a depth of up to 1.5 inches. A third group received sham acupuncture, with needles inserted less deeply at random spots around the pain area, with no needles inserted at the medians.

Among patients in the first group, 27 percent reported at least a one-third decrease in pain, along with
improvement in their ability to function, with these benefits lasting over time. In contrast, 48 percent of the
acupuncture patients reported such a benefit, along with 44 percent of the sham acupuncture patients. The
similarity in effectiveness among both genuine and sham acupuncture led study author Dr. Michael Haake,
of the University of Regensburg, Bad Abbach, Germany, to suggest that acupuncture may function by
means of “a kind of superplacebo effect.”

“The superiority of both forms of acupuncture suggests a common underlying mechanism that may act on
pain generation, transmission of pain signals or processing of pain signals by the central nervous system
and that is stronger than the action mechanism of conventional (drug and exercise) therapy,” Haake writes.
Noting that anywhere from 70 to 85 percent of people will suffer from back pain at some point throughout
the course of their lives, Haake praised the relative safety and effectiveness of acupuncture compared with
other treatment alternatives.

“Acupuncture gives physicians a promising and effective treatment option for chronic low back pain, with
few adverse effects or contraindications,” he said.

“The simple truth, however, is that acupuncture works on an energetic level that remains outside the
understanding of the limited thinking of modern western medicine. Chinese medicine has been developed
over a period of nearly 5,000 years, which is 4,800 years longer than western medicine. When it comes to
understanding the nature of the human body, mind and spirit, western scientists are intellectual infants,”
Adams added.