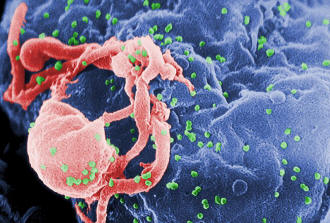 As we broach the Holiday season, host and attend festive parties, and get in the spirit of decorating and giving, a virus may not be at the forefront of our minds. But be sure to think twice before you see that Mistletoe and join in on that tradition!

Everyone has heard of “mono,” the aptly nicknamed disease known as the Kissing Disease due to being spread more commonly by saliva. However, do you know the silent virus that is behind Mono? Probably not, and you should, as it may be the root of much more than just severe fatigue, fever, rashes, lack of appetite and much more. Could this be the cause of widely known conditions such as meningitis, sinusitis, and types of Lymphoma?

Epstein-Barr Virus (EBV) is serious and very concerning, as it has significantly evolved over the years since being officially discovered in 1964 and doesn’t have a clear-cut answer for how exactly to address it when it is recognized as being present. In an article by Anthony William, approximately 225 million Americans (out of about 320 million!) have some form of this virus.

What is more concerning, however, are the types of diseases and conditions linked to EBV. This article by WEBMD,  states that studies do show a link between EBV and Multiple Sclerosis (MS), but does recognize that more research is needed to determine if the virus can actually lead to MS.

There are different stages of the virus that have varying effects on the body, different organs, and diseases, but what may surprise and should concern you is the wide array of serious diseases EBV is linked to. Among them are Hepatitis C, Lupus, thyroid diseases such as Hashimoto’s Disease, Tinnitus (ringing in your ears), Vertigo, anxiety, dizziness, and asthma as well (when EBV inflames the vagus nerve).

Another well known and hard-to-live-with condition that EBV is linked with is Fibromyalgia. EBV creates a neurotoxin that inflames the central nervous system. “Overactive nerves” has thus far been the explanation for Fibromyalgia (AKA “no one knows”), though now that we have more of an understanding of EBV, it is said to be the root cause of this condition that has plagued so many for too long.

EBV is widespread and can and will lie dormant for years, decades even, before symptoms present themselves and it progresses through the different stages. For further reading, check out this article about the Epstein-Barr Virus. However, there has got to be something that can be done, right? Rudolf Steiner said,

“For every human illness, there exists a plant which is the cure.”

Chinese medicine strongly and successfully relies on herbs to cure ailments and diseases. This should be no different. Are there herbs to combat this virus? To change the lives of those plagued by its many faces? Stay tuned as we uncover solutions in Chinese medicine that steps up where Western Medicine falls short. For further reading, click the links in the article to learn more on each topic and in the meantime, you can find a list of Antiviral Herbs to Boost Immune System & Fight Infection here.