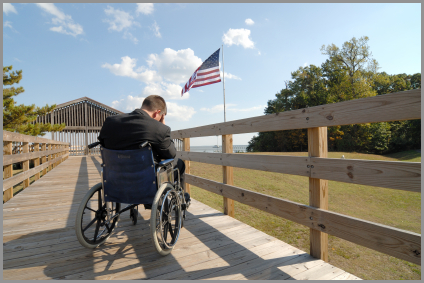 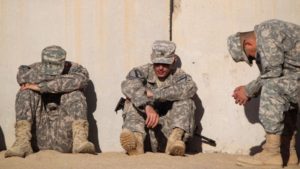 Post-traumatic Stress Disorder (PTSD) is a tragic mental health condition that affects many people, usually after witnessing or experiencing a life-threatening event such as combat, a car accident, or assault. It is commonly associated as well with soldiers and veterans returning from war. It can present itself in several different ways and affects each person differently.

Reliving the event, such has having flashbacks and nightmares, is one of the most well-known characteristics of PTSD. Having a trigger in something you hear or see that brings you back to the event affects every part of your day. Avoiding situations that remind you of the event, i.e. avoiding crowds as they may feel dangerous to you, or even keeping yourself so busy that you can’t even think about the event is just another way PTSD makes itself known in your life. (National Center for PTSD)

As of 2015, and estimated 2.7 million soldiers were deployed to Iraq and Afghanistan. The Watson Institute of International and Public Affairs at Brown University says,

“When service members return home injured, it is often their families who provide care – even when veterans are housed in military hospitals.”

As such then, it is up to us to get our citizens back on their feet and it’s even more imperative than before to do everything we can to support them and their families as well. No matter what caused Post-traumatic Stress Disorder, acupuncture can relieve the symptoms and help people resume living life again. This resource has been shown to be effective. So much so that even the Pentagon has been researching the beneficial effects of treating PTSD with acupuncture, according to the Pacific College of Oriental Medicine.

But how exactly does sticking needles in a person help with a mental health problem such as PTSD? When treating someone for PTSD, acupuncture is administered by stimulating specific auricular points in the body. “These points of the body are responsible for controlling particular brain areas that help control nervous functioning as well as mitigate stress levels. Many soldiers who have been victims of PTSD after violent wars are being treated with acupuncture to provide successful results.” (Pacific College of Oriental Medicine)

Another benefit of utilizing acupuncture for the treatment of PTSD as opposed to the traditional way of cognitive therapy is acupuncture does not require the patient to relive the traumatic events. There’s no pulling up those nightmares again, it’s not emotionally painful to go through. In that sense, it’s actually considered non-intrusive. It can also help reduce the nationwide dependency on medication to treat symptoms such as pain, depression, and PTSD. Carla Cassler, co-director of Military Stress Recovery Project says,

“There’s agreement that drugs alone aren’t effective, may have troubling side effects, and contribute to addiction in those with PTS.”

USA Today reports that in 2015, 265 Active-duty service members committed suicide, a sad number that has only been rising since 2001. The US Military has started to embrace Acupuncture as a treatment for soldiers, and now it’s important for the public to reinforce and support that effort.